Think that it’s all about the ‘Yummy’ Mummies of Instagram? Well think again!

These dads are turning the tables on what society has expected of them, to not only to be role models to other men around the country, but amassing significant social media followings in the process, and even more importantly, the ability to earn a (significant) living to boot. 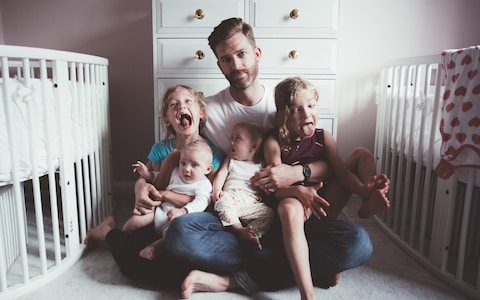 Simon Hooper is one of these dad’s who found himself ‘falling into’ this procession by accident. When he shared an everyday moment on Instagram, with his twin 16-month-old daughters causing a scene of domestic chaos in their bathroom, grabbing tubes of toothpaste and his wife’s precious cosmetics, he did not expect the frenzy that was to follow.

A few minutes later, over 30,704 people were eagerly firing him messages, not only complementing his adorable children, but full of advice on how to keep them out of harm’s way in the bathroom and generally sympathising about what an emotional rollercoaster raising twins can be.

And yet of course, there is the factor that dads at home are in the minority of course, and this not only leads to a following of the other dads as ‘comrades’ but Mums who have a great respect for them taking on a non-traditional role. Consequently, a following builds, and as we know very well these days, an online following can be rather lucrative.

“Originally my aim was to engage with dads,” Hooper says. “I wanted dads to have a little network like the mums did… What’s actually happened is that 90 per cent of my followers are women. But 10 per cent are men…which is great.”

But having amassed a sufficient following to be able to drop his need for day job, Hopper is most certainly a shining beacon of how dads can be an ever present parent, and earn a great living from home. 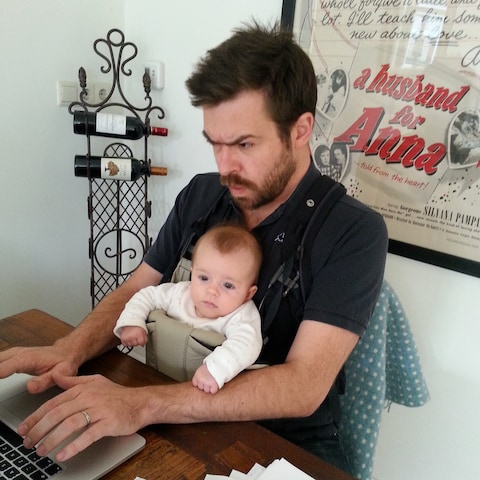 Matt and Mae as a baby CREDIT: PAPA PUKKA

Matt Farquharson, also know as “Papa Pukka” is another one of these dads. Farquharson, who has a five-year-old daughter, Mae, has reached dizzying heights on Instagram, but sees the pressures also of modern parenting, and in turn a pressure to present one’s self and children in a certain light.
“I think with this generation of parents there seems to be a higher level of expectation”

Of course there is the issue of ‘oversharing’ which is a problem in that, so many strangers are now seeing your children, and private moments are no longer private. But like many things, success does have a price. And for these successful fathers, and the many who are now striving be like them, are certainly happy to be able to live this type of life.